Young Men Aim for Their Dreams in Tsurune Movie Trailer

A spectacular new preview video has been released for Gekijouban Tsurune -Hajimari no Issha (“Tsurune the Movie -The First Shot-“), an upcoming theatrical anime film based on Kotoko Ayano’s light novel about young men exploring the world of traditional Japanese archery.

Crunchyroll describes the story of Tsurune as following:

When Narumiya Minato joins Kazemai Prefectural High School, he is soon invited to join the archery club by the club’s advisor, Tommy-sensei. His childhood friends Takehaya Seiya and Yamanouchi Ryohei quickly agree to join them, but Minato is hesitant at first. Because Minato is the rare student with experience in archery, Tommy-sensei orders him to demonstrate, which Minato does…except his arrow doesn’t hit the target. It is revealed that Minato has developed a terrible dysfunction regarding archery. 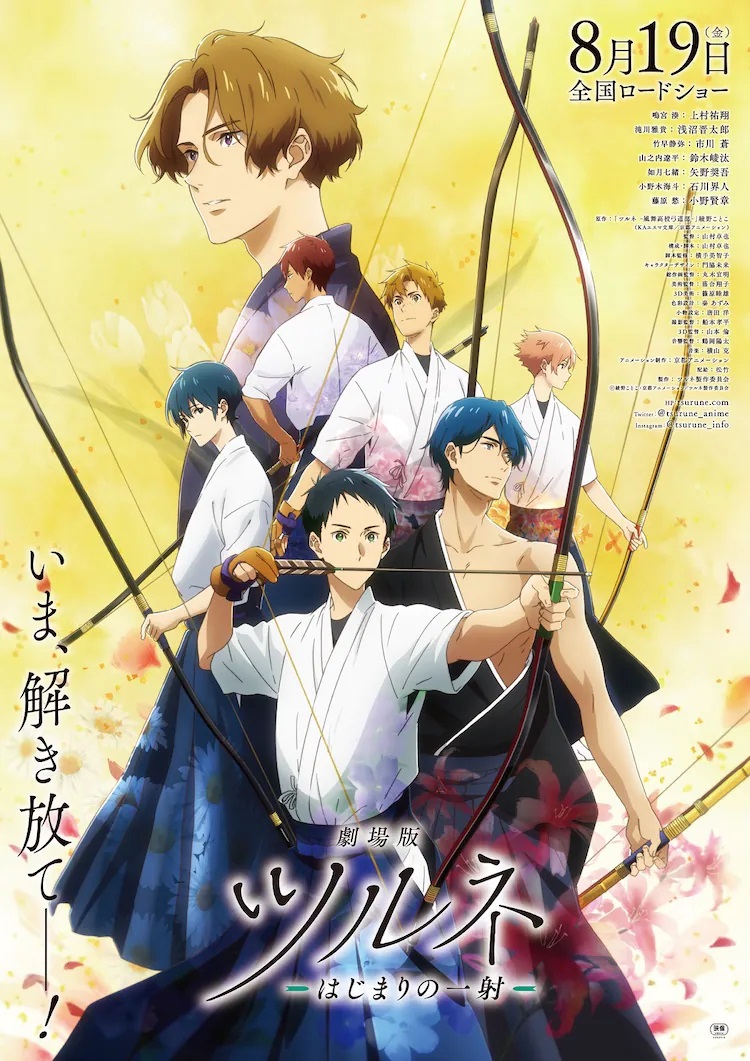 Gekijouban Tsurune -Hajimari no Issha- is directed by Takuya Yamamura and features animation production by Kyoto Animation. The film hits theaters in Japan on August 19, 2022 and 2018 Tsurune The TV anime is currently available to stream on Crunchyroll.

Paul Chapman is the host of The Greatest Movie EVER! Podcast and GME! Lively fun time.