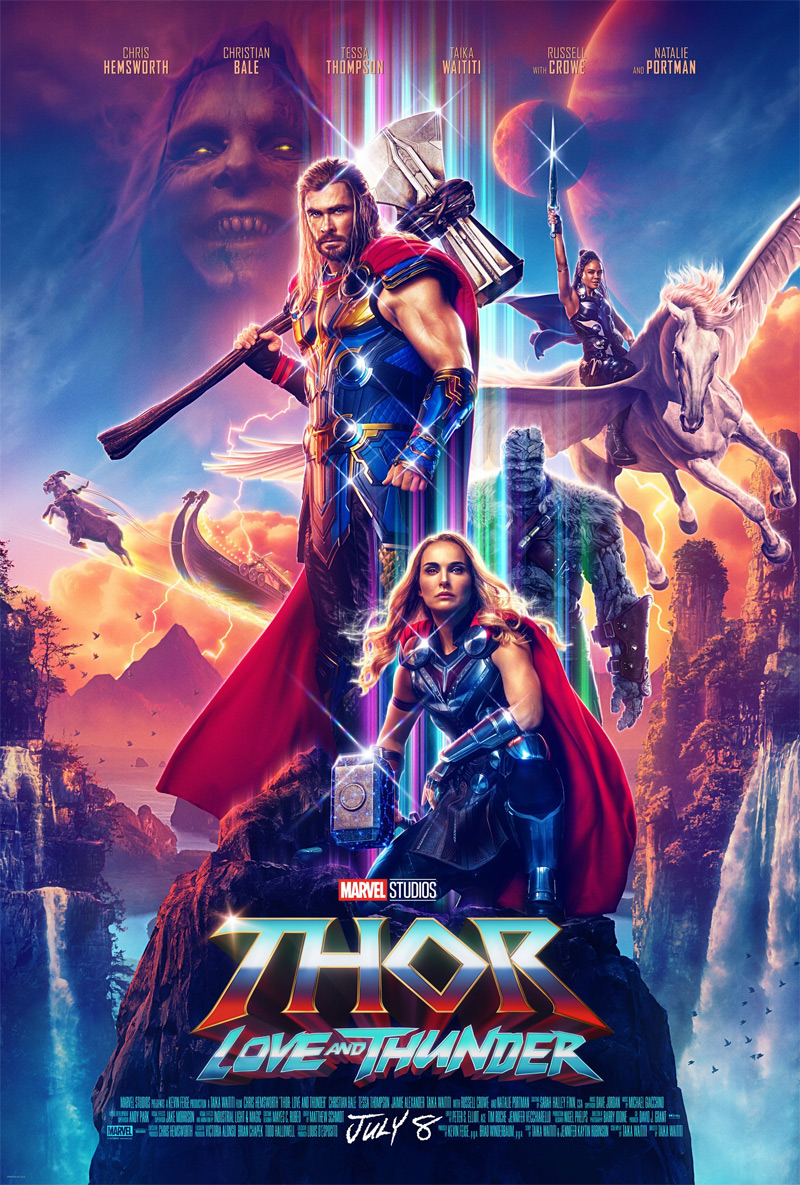 Thor: Love and ThunderPlot Synopsis: “The film finds Thor (Chris Hemsworth) on a journey unlike anything he’s ever faced – a quest for inner peace. But his retreat is interrupted by a galactic killer known as Gorr the God Butcher (Christian Bale), who seeks the extinction of the gods.To combat the threat, Thor enlists the help of King Valkyrie (Tessa Thompson), Korg (Taika Waititi) and ex-girlfriend Jane Foster (Natalie Portman), who – to Thor’s surprise – inexplicably wields her magic hammer, Mjolnir, as Mighty Thor. Together, they embark on a harrowing cosmic adventure to uncover the mystery of the God Butcher’s vengeance and the stop before it’s too late.

Watch the Thor: Love and Thunder Trailer 2. Leave your comments below in the comment section. Readers wishing to support this type of content can visit our Patreon page and become one of FilmBook’s patrons. Readers looking for more movie trailers can visit our movie trailers page, our Movie Trailer Twitter Pageand our Facebook movie trailer page.